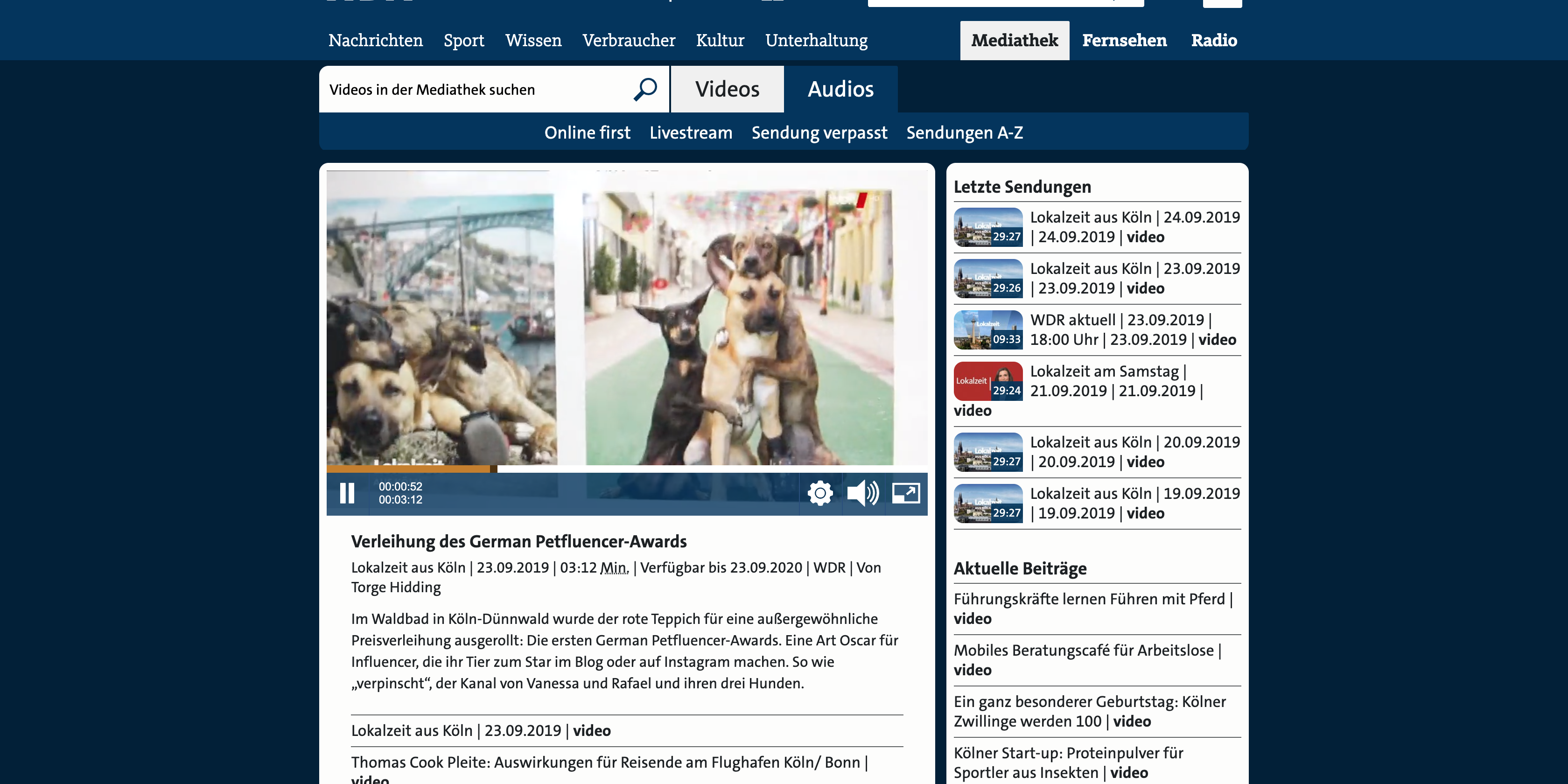 
160 dogs and twice the number of bipeds are invited to Tony’s beach party. 3 of these dogs are Mojo, Rana and Mateo. We can hardly believe it, because for the year 2019 we are in the final of the German Petfluencer Awards in the category Petfluencer of the Year. A jury of five experts will decide on the winner.

This judges the accounts according to the creativity of the content (i.e. text, photos, videos) and the versatility of the dog(s). The event took place on 22.09.2019. The excitement was great.

A few days before the big party an e-mail reached me. The local time Cologne of the WDR got wind of the German Petfluencer Awards and also that the verpinscht Family is in the final. An editor wants to accompany us the day and report about Petfluencer. The excitement increases many times over. For the first time we would be on TV!

And then it was already so far.
The sun is laughing and with 25 degrees it feels like summer again.

The day could not start better.

Half an hour before the entrance we arrived at the finish. The parking lot was already well filled and here you already meet some familiar faces, like Maria and her Dalmatian duo Khaleesi & Django (@khaleesi.django.dalmatian) and Svenja with her Beagle-Aussie-Mix bitch Blue (@herzenshuendinnen). The editor Torge from WDR is already waiting for us at the entrance. My gaze falls immediately on this big camera and the nervousness in me rises. Now it gets serious.

The dogs have probably noticed that, because they are more excited than usual. Especially Mateo, who is usually so relaxed (but at the moment very pubescent), is especially taken with all the smells and the many dogs. Almost all day long he has forgotten to use his prosthesis. Especially at such an event a nice demonstration effect 😉 but not really bad for Mateo. As we all know he gets along very well without a prosthesis! But they weren’t really interested in the camera and the big, fluffy microphone. The editor is surprised. Normally dogs find the fur on the microphone very interesting. But not my dogs, because they already know big lenses and cameras. Real professional dog models 😉

Right at the entrance a red carpet and some cameras are waiting for us. Before Torge shoots a scene, he always tells us briefly what he is going to do now and how exactly he imagines it. This was a great help to relieve the nervousness a little bit. On the red carpet the first question comes up: How do we feel right now and what do we expect from the day?

You already know how I feel. But what do I actually expect from the German Petfluencer Awards at the Tony Beach Party?

A small part of me of course hopes to win the award for the best petfluencer of the year. But that’s not why Rafael and I are there in the first place. Most of all we are looking forward to the many people and especially the 157 dogs!

The petfluencer “scene” is in my eyes a rather small circle and somehow it’s like a village with us: everybody knows everybody. At least on social media channels. For me, the incentive was great to see the dog-human teams live and in color and who knows, maybe new friendships will develop for four-legged friends as well as for two-legged friends. In the past we were allowed to make this great experience several times. So also with Julia and Arthur, (ridgeback.king) who accompanied us the whole day and whom we have known for over 5 years now thanks to Instagram.

At 13 o’clock the first item on the program starts: A photo shooting with photographer Christian Vieler.

Mojo and Rana were allowed to meet him before and when they discover him, they are about to attack him: So this man is very, very positive in my dogs memory. For Mojo and Rana Christian is certainly “the man with a thousand treats”. All three dogs mastered the shooting perfectly and had a lot of fun. Torge, the editor, followed the whole event with his camera and had a great time. According to his own statement he would never have thought that the Tony Beach Party is such a big and versatile event.

Shortly after the photo shooting the time has come: The award ceremony begins and the German Petfluencer Awards are presented.

For a short moment I even forget the camera and Torge films us undercover. Luckily I dreamily stroked the dogs and looked a bit thoughtful at that moment, but that’s ok. When I discover him I have to laugh. But now I am so excited that I forget the camera. Even the editor noticed that and laughed. In the end it was not enough for the verpinscht Family to win, but I am not very disappointed about it. The winners deserved it! So I explain it afterwards in front of the camera when I am asked how big the disappointment is in the end. After the award ceremony a few final scenes are shot and then Torge says goodbye with his camera and tells us that the report will be broadcasted the next day.

Torge has already said his goodbyes, but the day is far from over. For us there is another photo shooting of a special kind: An underwater shooting with Rana. At this point I decided to go with Rana in advance and also trained intensively with her in diving. I know that she likes to work and wants to perform in an unfamiliar environment. As expected, Rana mastered the underwater shooting very well.

For me there is an unpleasant interruption during the shooting. Torge, the editor from WDR has already said goodbye to us. Nevertheless a camera is directed at me again. The microphone is yellow. On it the familiar three colorful capital letters adorn themselves. I immediately know which station it is. My lips form a strict line when I hear the first question from the journalist: How do you know that the dog is having fun at such a shooting and how much stress is that for the dog now?

I answer the question openly and honestly – it’s not for nothing that two out of three dogs don’t do the shoot – because they wouldn’t have any fun with it or maybe they would, but in connection with the event it would have been too stressful a situation for Mojo and Mateo.

The next question should not be less provocative:

Isn’t the chlorine water harmful to the dogs?

Now I am perplexed.

It’s the end of the season and the day before there was dog swimming here in the swimming pool. Since the pool would close for this year after today’s event, there is no more chlorine in the water. Although I know that, it takes me a while to answer. The organizers around me are as irritated as I am. After the underwater shooting and the interview have been mastered, all fixed program items are checked off and finally we have time to look around the area and visit the stands.

We talked to Andre from Fressnapf Germany and got some great souvenirs from him, which are especially useful for Mateo. Among them a raised bowl bar and paw shoes. We were also allowed to visit HUNTER international and had a long talk with the nice team (including @beshepherdandbeloved). After many more and especially nice conversations the day slowly comes to an end.

The Tony Beach Party was a great success, even without winning the German Petfluencer Awards. For us an unforgettable day with some ups and downs and nice new acquaintances!

The report from RTL has been broadcasted in the meantime and I was relieved to find out that the nasty questions I had to deal with did not appear in the report in the end. What luck! 🙂 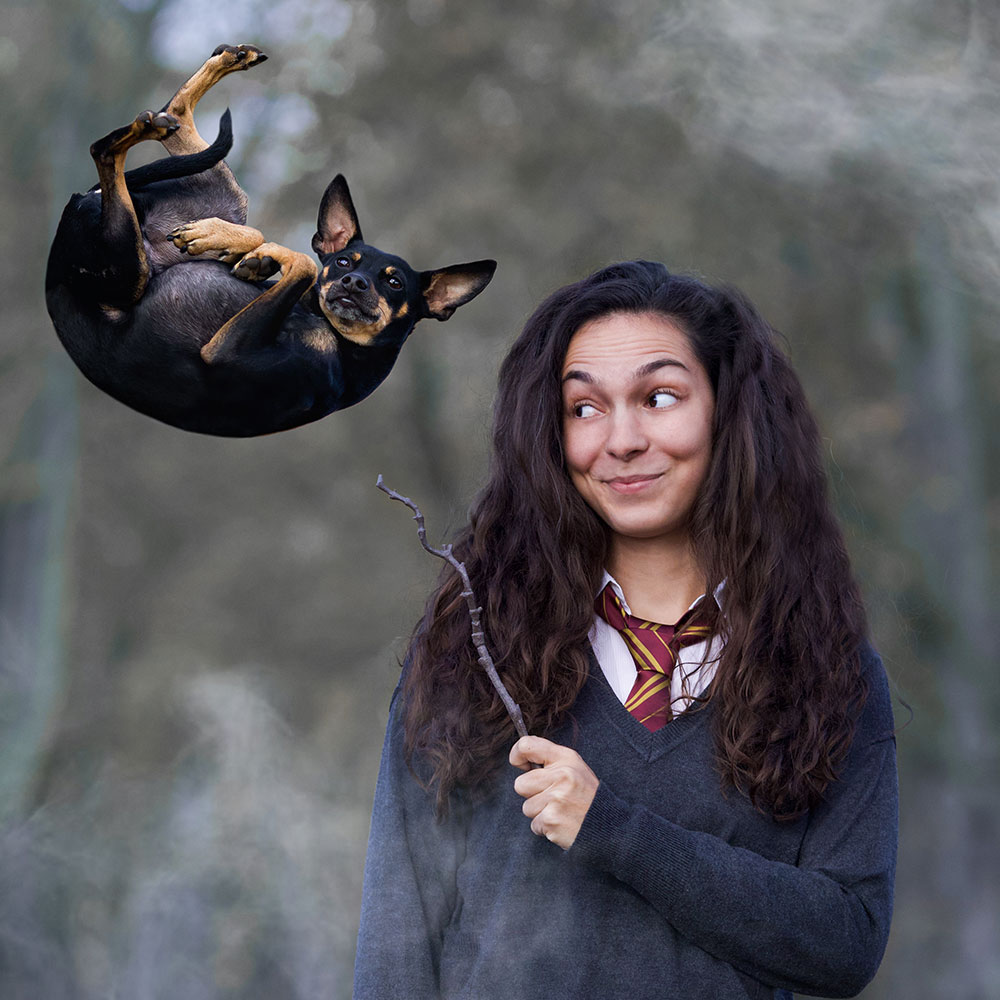 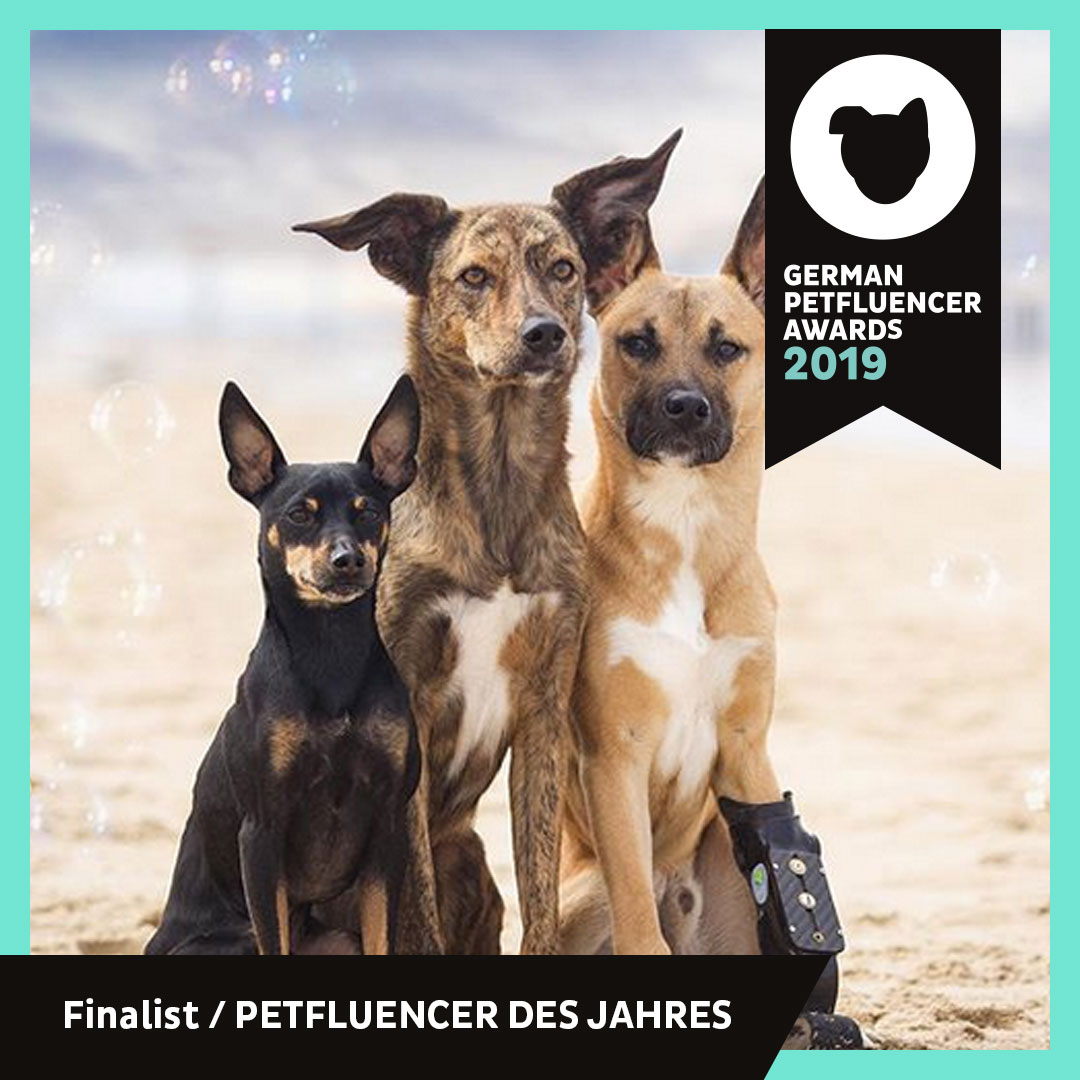